Adventures in Bathrooming: New and Notable

As connoisseurs of commode culture, we like to stay on top of new products that make the bathroom even more special. Here are the latest ideas that have us tickled:

Bidets are revered around the world for their gluteus maximus miracles. And finally, America is on the brink of dissolving its seat stigma and joining the rest of the civilized world. A hit at CES last year, this bidet will run you 600 bucks, which seems like a bargain after watching the video and listening to a Siri-soundalike explain the virtues of things like variable-stream oscillation. We want this for the office. Bad. 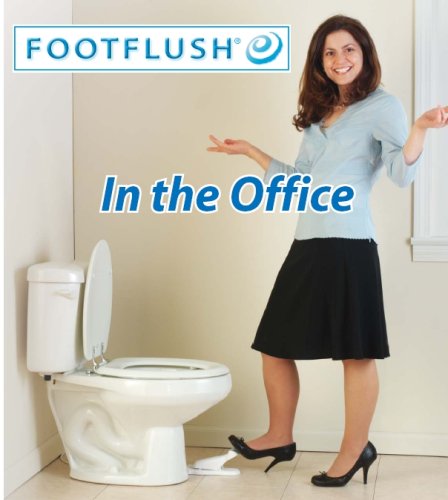 Never touch the flush handle again! Great for the elderly or the ailed, because flushing can be dangerous. In the words of one satisfied customer, "Before, I had to turn around and stretch to flush before I could transfer. My back went out just last week from doing that." Any product that makes bathroom calisthenics unnecessary is surely a good thing.

Forget the fact that this device makes it much easier for tikes to use the sink...the pun in the product name makes us burn with envy. Challenge accepted, Aqueduck. So it's come to this: American posteriors are expanding so rapidly that we need an expansion kit to cope. But let's not focus on the larger issue, and instead marvel at the simplicity of this device, which is but a clever response mechanism to a world where cronuts reign.

Great invention! Will definitely look into your products! Would love to get the shandle. Thanks!

Posted by Britney Anderson on November 24, 2013

"Why doesn't every toilet seat have a handle to lift?"

When Should I Start Thinking About Potty Training?

How often do you go to the bathroom?

Breaking In A Bachelor